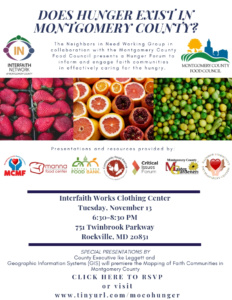 The Neighbors in Need Working Group in collaboration with the Montgomery County Food Council presents a Hunger Forum to inform and engage faith communities in effectively caring for the hungry.Special presentations by County Executive Ike Leggett and Geographic Information Systems (GIS) will premiere the Mapping of Faith Communities in Montgomery County.

The Faith Community Advisory Council is excited to be hosting a number of programs and workshops for the Fall. Be sure to check out our events page to register!

In the face of growing polarization and increasing hate and violence it is important for faith leaders to stand together and affirm the spiritual values we hold in common.  Here is a Declaration from the Interfaith Conference of Metropolitan Washington presented at a press conference co-sponsored by them, the Jewish Community Relations Council, Jewish Federation of Greater Washington and our Faith Community Advisory Council that was held at the Washington Hebrew Congregation.  The one minute statement of our Interfaith Community Liaison and video is also here for your review.

“Education is your passport to integration”, wise words shared during yesterday’s Interfaith Dialogue with the Muslim Belgium Delegation. It was a pleasure to share and learn about each others similarities and differences. Thank you to the Civilizations Exchange & Cooperation Foundation (CECF) for bringing such a well rounded, diverse delegation to learn about interfaith relations in Montgomery County! 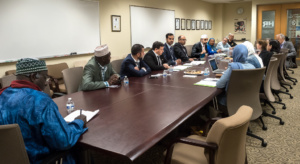 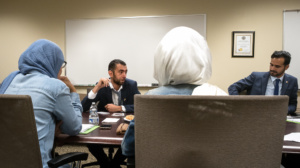 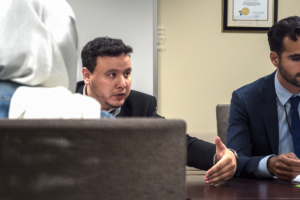 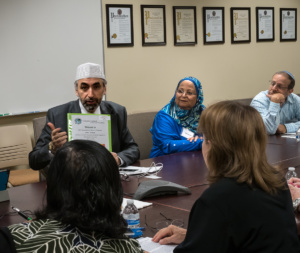 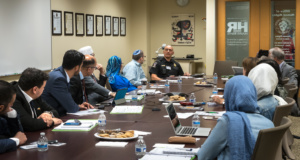 The Faith Community Advisory Council hosted an Open House event on June 19 at the Public Safety Headquarters in Gaithersburg, MD for their partners in creating social cohesion and public safety. This event thanked all members of MCFRS, MCPD, OEMHS and DHHS for their participation and dedication over the years to empower and support faith communities of Montgomery County. 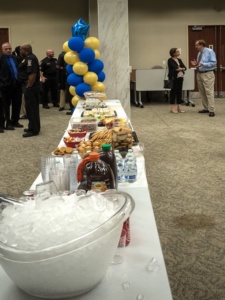 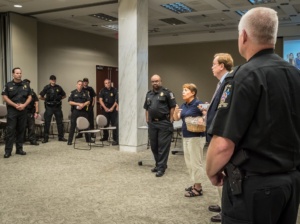 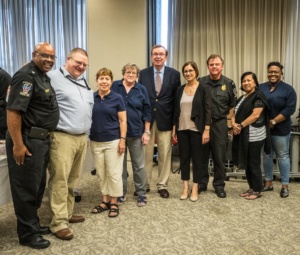 Dear Colleagues and Friends,
I seek your indulgence as I reflect on the 50th anniversary of my ordination this Saturday. It was preceded by my organizing a Center for Theological Education in the Urban Setting that in turn helped organize the Rev. Dr. Martin Luther King, Jr.’s first initiative in the North. A picture of his speaking on the steps outside the locked doors of a deplorable intercity school remains in my office.
My theological studies included reading the sacred texts of major world religions, studying Hebrew scripture with rabbis and taking classes at Jesuit, Episcopal, Methodist, Baptist and United Church of Christ seminaries. My ordination service was interracial and included clergy from Roman Catholic, Greek Orthodox and Protestant faith traditions. They participated in the rite of ordination by the “laying on of hands” as did a laywoman from an inner-city human service program because I wanted to celebrate the Holy Spirit moving through laity as well as clergy.
It was avant-gard at that time and unfortunately remains the same today. It seems natural to think our particular beliefs, approach to worship and claim to divine favor are more authentic than others. Some claim to being elected by God or being God’s chosen people at the exclusion of others. Under these circumstances there is no reason to associate with people of other faiths except to convert them to our superior faith tradition.
As the Interfaith Community Liaison, I have the privilege of worshipping in Eastern and Western faith traditions and becoming friends with a broad spectrum of people who are immeasurably enriching my life. What I and others are experiencing is that the more we cross lines of difference, the more we realize we are the same. Our histories and approaches to the divine are different, but as we worship and work together in service of others, we discover the divine in terms that overcome our differences.
I think this is why interfaith alliances among faith leaders are growing in Montgomery County, Interfaith Dialogues on Cultural Bias are being planned for a third year, some 60 interfaith communities are assimilating refugees, Muslims are inviting others to celebrate the breaking of their daily fasts at lifter dinners, faith leaders are inviting colleagues from other faiths to pray, teach and preach in their houses of worship.
The greatest benefit is discovering, that regardless of the name we attribute to the creator and sustain of life, we are sisters and brothers of one human family. The more we are together, the more we experience the unifying power of love dissolving our sense of superiority and leaving us humble and deeply grateful.
50 years ago I could not have imagined being an Interfaith Community Liaison in a place like Montgomery County. My brother, Martin Luther King, Jr., had convinced me of the universal power of love, but its context was largely ecumenical. Today it is profoundly interfaith. I cannot envision the next 50 years, but I’m optimistic thanks to my Zoroastrian, Buddhist, Hindu, Unitarian Universalist, Bahai’l, Muslim, Sikh, Jewish and Christians sisters and brothers.
Thank you

On April 23, 2018 our Interfaith Community Liaison, Rev. Mansfield “Kasey” Kaseman had the pleasure of presenting the Roscoe R. Nix Distinguished Community Service Award to Mr. Tufail Ahmad at the Montgomery Serves Awards. Below is a statement from Rev. Kaseman.
“My friend, Tufail Ahmad, is not exactly like the heroic Robin Hood, because he takes from his own people. He takes their money, hundreds of thousands of dollars; he takes food by the ton, clothing by the car load and organizes volunteers to give it away. He doesn’t care about their faith or ethnicity or race. His only criteria is do they need it?

Tufail Ahmad is also like Roscoe Nix. Regardless of the abuse, prejudicial comments and actions directed at his community, he always greets you with a smile, and an outstretched hand.

You quickly recognize this man is bright, focused and organized. He does not waste a lunch or even a phone call without asking you for something he knows you can deliver.

You want to deliver it because Tufail has the heart and soul of a Muslim. He is a merciful, compassionate and charitable man living out the tenants and spirit of his faith.

Subsequently it’s natural for him to be working with kindred spirits in all faith traditions and no faith tradition creating a more welcoming, inclusive, resilient, just and peaceful Montgomery County.

We will learn more about this remarkable Montgomery County hero viewing this video.”

The presentations of our County Executive, Isiah Leggett; Chief of Police, Tom Manger; Director of DHHS, Uma Ahluwalia; and Associate Superintendent for Elementary Education, Dr. LaVerne Kimball demonstrated their commitment to meeting the needs and interests of the Muslim community.

Comments and questions were very helpful in confirming what is working well and clarifying where more attention by our County officials needs to be placed now.  The FCAC can assure that the Muslim Advocacy Group will be following up on this Summit and its Chair, Lubna Ejaz, will be pleased to have your participation in strengthening the voice of the Muslim community.

Thank you to our hosting mosque and INMC Founding Member, the Muslim Community Center. 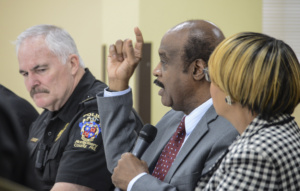 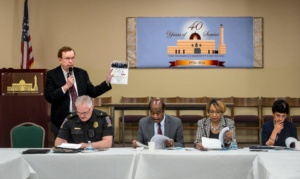 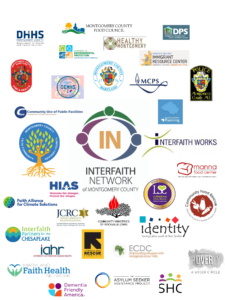 We are extraordinarily privileged to be living in Montgomery County with a County Executive and County Council committed to making us the most welcoming county in America.  Beyond welcoming they want us to celebrate our unique identities and traditions while also becoming inclusive.
The faith community is uniquely positioned to move across lines of difference and recognize our essential identities as sisters and brothers of one human family.  Our Executive Committee for the County Executive’s Faith Community Advisory Council has been leading three working groups and several committees with remarkable success.  We have hosted delegates from 37 countries wanting to know how we are creating social cohesion and public safety.
Now a grant and public-private partnership with Interfaith Works makes it possible to launch the Interfaith Network of Montgomery County.  Here are 10 reasons to become part of it.

Top 10 Reasons for Attending the Launch of INMC

7.  Meet leaders at the largest Resource Fair ever assembled for faith communities that will empower programs including security, social justice, religious land use and religious education.

8.  Broaden understanding and appreciation for the extraordinary diversity of Montgomery County.

What is American identity? What is the place of Muslims and immigrants in the US? How can different races, religions,[...]
View Calendar
Add